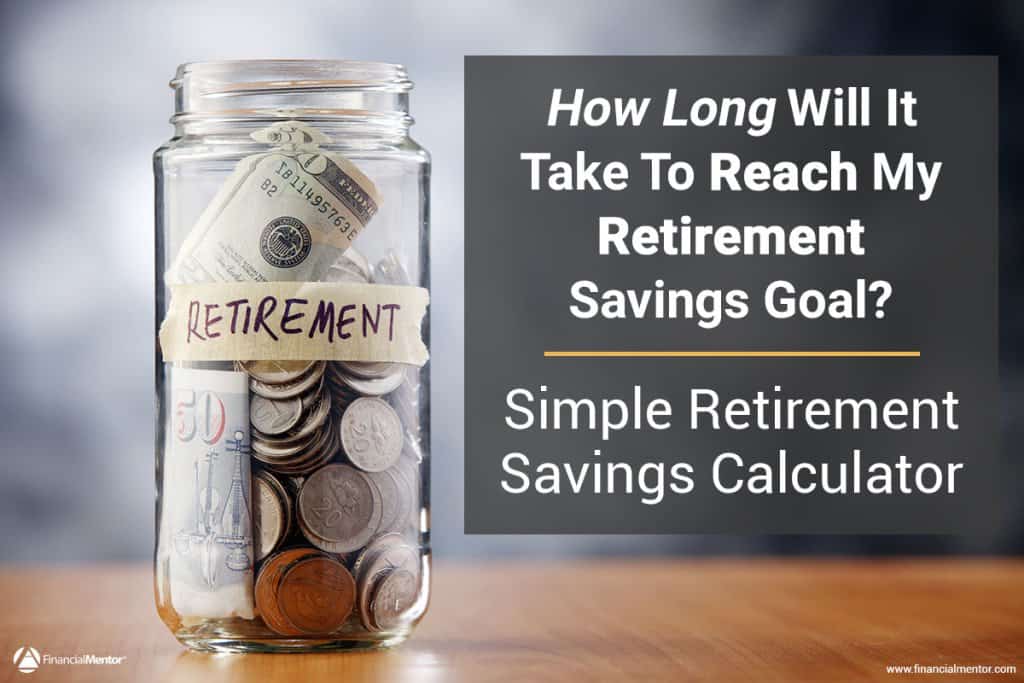 The government’s COVID-19 concessions have produced a windfall for rich retirees as it finalises plans to help seniors spend rather than hoard.

The federal government has given some wealthy retirees a free kick that adds to their large super balances amid a heated debate about ways to prevent hoarding of massive nest eggs.

The decision temporarily to halve the minimum drawdown rates (introduced as a COVID-19 measure to stop retirees depleting their savings during volatile markets) for account-based pensions has created a windfall for the rich, say financial advisers.

Alex Jamieson, founder of AJ Financial Planning, says: “Most funds benefiting from the government changes have balances well over $1.6 million and this has allowed them to retain further amounts inside super. More modest balance super funds have been under pressure with income needs.”

Anne-Marie Tassoni, a partner at wealth manager Cameron Harrison, says wealthy retirees have had fewer ways of spending better-than-expected investment returns during the COVID-19 lockdown, such as on overseas holidays.

“They are hoarding but it’s not from a lack of spending – it’s because they have such big balances,” she says.

The unintended policy outcome is happening as the federal government attempts to make controversial changes to the accumulation of retirement income and improve retiree income strategies.

Superannuation Minister Jane Hume says it is finalising a review that will include new ways to help retirees make “informed decisions about their personal finances and better use of their savings in retirement”.

The recent Callaghan review of retirement savings found when personal effects such as the car and family home are added, many wealthy pensioners at death leave about 90 per cent of the assessable assets they had at the point of retirement.

“Not freely spending their retirement income is a rational response to the unknown,” Ryan says.

Gary Barton, 68, is a self-funded retiree who lives frugally despite having a company pension, discretionary funds, a portfolio of shares and his own home on the outskirts of Sydney.

Barton, who is married with two grown daughters and a son, draws down the minimum amount of super to avoid spending capital but occasionally splashes out on a second-hand car, holiday and renovations.

“I’m happy with my lifestyle,” he says. “I don’t overspend, but if I have to buy something I’ve got the capital.”

The former accountant also wants to be able to leave a bequest for his children and have enough in reserve to meet any medical bills, unforeseen events and, eventually, aged care.

But many other retirees are being squeezed because of record low interest rates, low investment yields and reduced rental income from investment properties.

Analysis by Fidelity International, which has more than $8 trillion under management, highlights more than half of those with superannuation balances of $750,000 to $1 million are worried about funding their retirement.

That’s despite the $1 million retirement savings being nearly 60 per cent more than the capital needed to support a comfortable lifestyle, according to analysis by the Association of Super Funds of Australia (ASFA)s.

A comfortable income in retirement for those aged about 65 requires an annual income of $62,083 for couples and $43,901 for singles, according to ASFA. 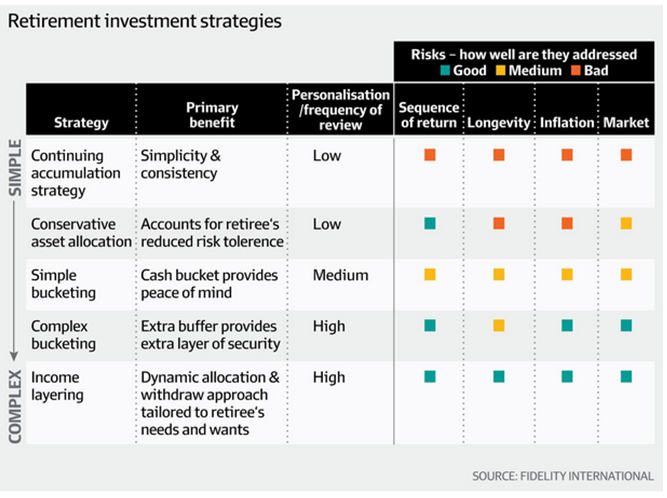 1. Continue the same investment strategy from accumulation phase (when building up super savings) to pension phase (when they are drawn down). For those comfortable with the accumulation strategy, it can provide diversification of assets that reflect your appetite for risk. But the danger is investors might have to drawn down when asset values are lower, which might create issues for members who are no longer working and cannot top up their fund. Minimum drawdown rates are required by the government. “Without a dynamic approach of reviewing performance and withdrawal, maintaining the same strategy could amplify the risk of portfolio depletion,” says Dinham.

2. Transition to a more conservative allocation, such as conservative equities, fixed income and money market securities. While this strategy lowers risk, it also restrains potential growth and increases longevity and inflation risk.

3. Simple bucketing. This involved dividing a portfolio into a cash bucket to meet immediate financial needs and a diversified investment bucket to boost cash flow. “This approach has merit in its simplicity, ease of understanding and effectiveness in dealing with market volatility,” says Dinham. He adds it is also the most popular among retirees.

4. Complex bucketing. In addition to cash and diversified buckets, there is a “capital-certainty” bucket to provide additional income support, such as a selection of fixed income securities maturing at different dates to replenish income. It is likely to require monitoring by a financial adviser. “It is relatively complex to establish and manage,” adds Dinham. AJ Financial Planning’s Jamieson says he regularly recommends clients set up buckets that include: six months of pension income in cash; three years of income requirements in fixed interest investments; and an investment pool in a mixture of growth and high-dividend-paying shares.

5. Income layering.This is based on spending needs for life and includes: basic expenses; contingency needs; a discretionary budget; and legacy component, which typically means leaving something for children. High-priority needs are protected from market volatility through an account-based pension, age pension and annuities (an insurance policy providing a guaranteed income stream over an agreed period). Low interest rates have increased the cost of annuities. Jamieson adds: “While there is certainty for investors on income streams, the real interest rates are ultra low.”

Dinham says attitudes to increasing capital risk generally change upon retirement. “A lack of confidence about whether savings will continue to meet expenses means that for many, there is a natural tendency to be conservative, in some cases overconservative,” he adds.

“Retirees still need to take some measured investment risk with their superannuation assets otherwise investment outcomes will certainly be less than needed to achieve lifestyle goals.”

The property boom also highlights another potential source of income into which many home-owing retirees can tap.

More than 4 million retirees have equity in their home that is four to five times larger than their super savings, according to analysis by Household Capital, which offers schemes designed to release equity.

Every investor needs to consider their risk tolerance (or capacity to live with potential losses) and the ability of their portfolio to endure fluctuations without materially affecting living standards, he says.

Retirees also need to understand and optimise the interactions between their risk profile, financial resources, tax liabilities, Centrelink benefits and potential impact of any additional income from part-time work.

“The spectrum of retirement investment strategies can be thought of as occupying a continuum, from a relatively simple ‘business as usual’ approach to significantly more complex ‘income layering’,” says Dinham.